Just yesterday, the official poster for Wes Anderson’s new film The French Dispatch was circulating all over social media. Said to be loosely inspired by The New Yorker, it was created by illustrator Javi Aznarez and the poster gives clues regarding fictional magazine’s front covers, designed for the film. An array of movie stills also accompanied the poster and gave an insight as to what to expect of the film’s narrative. Now, the moment that Wes Anderson fans and movie lovers alike have all been waiting for… the official trailer is here.

Littered with impressively symmetrical scenes, every moment is intensely pleasing to the eye. It’s as Wes-esque as you can get, without seeming tedious or repetitive. Erica Dorn, who does the graphic design for the film, told media outlets “The French Dispatch is about a weekly magazine that started off as a series of columns in a Sunday supplement to an American newspaper, [called] the Liberty, Kansas Evening Sun, and that has grown into a renowned publication, based in a fictional French city called Ennui-sur-Blasé. The stories in the film revolve around the editor-in-chief of the magazine and his beloved journalists”.

The French Dispatch will release in cinemas on July 24th, 2020. 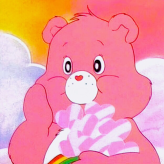