The #MeToo movement was an historic turning point that would not only change public perception about the prevalence of sexual assault across all facets of society the world over, but would jolt the public into an acute awakening about how we handle accusations. The unmasking of date rape culture and the permanent damage it causes is an ongoing struggle, as many still cite the supposed circumstantial ‘grey areas’ as justification for sexual assault.

Emerald Fennell packages decades of female frustration into her formidable directorial debut, Promising Young Woman. The Killing Eve showrunner, also known for her role as Camilla in The Crown, foregoes nuance in her exploration of a subject matter that itself employs ‘nuance’ as a way to excuse sexual violence. The dark comedy centres around Cassandra (Carey Mulligan), a 30-year-old med school drop out who still lives at home, and dedicates her nights to a feminist vigilante pursuit finding supposed ‘nice guys’ who will attempt rape when they believe a woman is inebriated. Broken and traumatised by the implied fate of a lifelong friend, the chance to teach men a distressing lesson about the destructive consequences of their ‘ambiguous’ sexual assaults seem to help her deal with her guilt and grief.

Cassandra is wickedly cunning, calculated and razor sharp. Deep trauma is clearly the motivation behind her actions, but Promising Young Woman doesn’t claim to be tackling the psychosomatic tendencies that drive her, but rather spotlights the relatable frustration at the hypocrisy, desperate futility and hopelessness that surround real-life sexual assault episodes. The on-the-nose nature of Fennell’s no-nonsense screenplay is worn like a badge of honour, which at times feels like the most brutally honest commentary on this ugly reality. The societal willingness to sacrifice women’s lives for men’s successes, including questions about “what was she wearing?”, “was she drunk?”, and expecting women to “let it go” lest they ruin a rapist’s life, jump out in the dialogue like garish red flags.

The narrative tone weaves between seedy superhero and optimistic rom-com with an undertone of horror. Pop music hits make the romantic highs of the film intoxicating and hopeful, only to be warped into a tool of Hitchcockian dread by turning Britney Spears’ ‘Toxic’ into an eerie piano score. With every scene, the audience is aware that circumstances can do a 180 at a moment’s notice, the ambiguity creating both tension and humour to keep the viewer engrossed for the entire runtime.

The plot is undeniably designed for feminist satisfaction, allowing viewers to witness the kind of bravery and unapologetic righteousness that could only be spurred on by the numbness of trauma. Moments of devilish irony are both comical and dismaying, like when we see a man comfort his friend, telling him it’s “not his fault” – the very words women beg to hear when they’re being prodded and poked for evidence after a life-altering trauma.

Mulligan is superb, commanding scenes with dark humour and wit, and while the screenplay doesn’t allow for her to dive too deep into Cassandra’s characterisation, what Fennell really wants us to see is presented in plain sight. Bo Burnham delivers a likeable, humorous performance as Ryan, Cassandra’s love interest who appears to redeem her hope in the ‘not all men’ narrative.

A film that tackles such a devastating and important subject matter would under any other circumstance require far more depth, helmed by a tender touch. But Promising Young Woman indulges in delicious restitution, stepping unashamedly into the rape-revenge fantasy sub-genre while utilising the powerful political tools of dark comedy and satire. Putting the message in layman’s terms and leaving no room for interpretation is what makes this film such a rallying cry for an end to the ‘nice guy’ defence, forcing the realities of consent into plain sight.

Promising Young Woman will be releasing in theatres; date TBC. 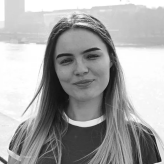 Pieces of a Woman review – powerful drama about grief and loss