An ode to alcohol. Another Round is a drama about drinking, but it has many facets. At times it is fun, joyous, and celebratory. In other moments, it is quietly sad and implicitly tragic. This is an assured piece of cinema, played with confidence and a subtle tonal balance.

Another Round follows four middle-aged teachers who decide to start drinking during working hours, as an experiment to keep a constant rate of alcohol in their bloodstream. They hypothesise that this might make their days more productive, more enjoyable, or at least pass by easier. The film has some fun, as they smuggle alcohol into school and experiment with various drinking routines to see what works best.

All the drinking in Another Round hides underlying problems the characters face in their lives. The men worry about being boring, about the state of their marriages, about the professional responsibilities they face. The always great Mads Mikkelsen plays the lead role, and drinking takes him from a bad and dull teacher to one able to give inspiring, energetic, and exciting lessons. Alcohol is presented as a cure-all, even for those with anxiety. Yet despite the characters approaching the precipice of alcoholism, the story is actually about finding better ways to deal with problems. Drink cannot fix everything, and the final act takes a more serious turn as consequences ratchet up.

The main cast of Another Round consists of Mikkelsen, Thomas Bo Larsen, Lars Ranthe, and Magnus Millang. Through them we get a real sense of male camaraderie. The four actors also do an excellent job of playing drunk. They are totally believable in their drunken antics, yet they end up dealing with both the fun and danger of alcohol. Mikkelsen is given the greatest scrutiny, with the camera often pressed close to his face. Early on, these close-ups give us a sense of man who feels lonely and unenthused by life. Another Round is about his journey and re-invention. Whatever happens, the film is worth sticking with until the very end. The arc of Mikkelsen’s character ends in a perfectly cathartic finale, filled with an energising freedom.

Director Thomas Vinterberg has moved on from his early Dogme 95 days to something more formally conventional. Another Round is made with simple, crowd-pleasing skill. He has made a film with energetic montages as well as honest, contemplative character scenes. There are so many shots of drinks being poured and consumed that it will either make you want to vomit or to open a bottle yourself. One scene has a collection of clips showing drunken world leaders. Another has characters listing Hemingway and Churchill as both inspirations and heavy drinkers. One could be mistaken for seeing Another Round as celebrating the virtues of drink, yet it often contemplates its effects with quiet sadness in spite of its upbeat tone. These are people feeling aimless, and this is a film about the reasons why people turn to drink.

Another Round is deceptively simplistic. It may be jolly at times, but it is crucially never an all-out comedy, balancing the line between sadness and celebration with confidence. This is Vinterberg and Mikkelsen showing how skilled they are, with a very competent and multi-layered drama that deserves attention. Just be more careful with your liver than the characters here!

Another Round releases November 20th. 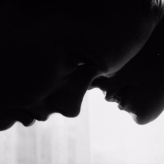 The Intruder review - an eerie but unoriginal thriller

The Trial of the Chicago 7 review - Sorkin wilfully misinterprets history