The coming-of-age genre may be saturated with great films already but, with her bold directorial debut, Olivia Wilde has proven that there are still fresh, funny takes to be told.

Sparking with life and vivacity, thanks in no small part to its wonderfully game ensemble cast, Booksmart is a no-holds-barred coming-of-age comedy that is smart, snappy and refreshingly open.

Infused with unapologetically clever, progressive humour and female confidence in abundance, this film is not only a great new entry into the male-dominated market of teen party romps, but it is also delightfully easy to watch.

The film follows the hilarious exploits of best friends Molly (Beanie Feldstein) and Amy (Kaitlyn Dever) as they make it their mission to step outside of their sensible, scholarly ways and party hard the night before graduation. Of course, unlike their straight-A school records, their journey to make it to the coolest end-of-year party is far from expeditious, and they find themselves derailed by exuberant classmates, uncomfortable Lyft rides and a particularly wacky hallucinatory episode.

The chemistry between Feldstein and Dever is undoubtedly the glue that holds the entire film together, as they riff off of each other with infectiously joyous declarations of strong female friendship. Although their raucous night of partying inevitably alludes to certain cracks in their relationship, the display of friendship between the two is rewardingly positive, as they make games of building each other up (“who allowed you be this beautiful? who allowed you to take.. my breath… away?!”) and supporting each other (in the sacred name of Malala – a trend that will no doubt be invoked by female friends across the world from now on.)

As well as portraying positive female friendship, the film also handles female sexuality and queerness with a remarkable ease that feels neither exploitative nor heavy-handed. Where other teen films of this nature might treat a lesbian sex scene like a parade for male leering, Booksmart instead presents an incredibly intimate moment that, while not without its own gags, feels genuine.

Something also has to be said for the aesthetics of the film which, from the cinematography to the production design, is flawlessly vibrant and inviting. The soundtrack too, is just as fresh and catchy.

As a comedy directed and written entirely by women, Booksmart is something of a rarity (still), but you don’t just need to treasure it as a testament to female filmmaking. It’s also a damn good time.

You could even say, it’s top of the class.

Booksmart is out in cinemas now, distributed by United Artists. 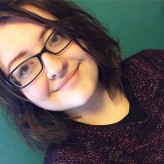 Dark Phoenix and the X-film sagas: Part I