The twenty-fifth installment in the decade-spanning James Bond series of films, No Time To Die, was the first major motion picture to be delayed indefinitely due to the rapid outbreak of COVID-19. For a while, it was unclear when we would be able to see Daniel Craig’s final outing as the iconic secret agent, but in recent months, we learned it would be this coming November.

Now, we have a brand new trailer to get us excited about the upcoming action blockbuster. Filled to the brim with explosive action sequences, quiet and powerful character moments that promise a fulfilling end to the Craig era, and more, the latest trailer for No Time To Die has it all.

Set five years after the capture of Ernst Stavro Blofeld, James Bond has since left active service. But, down the road, he is approached by old colleagues in the search of a missing scientist named Valdo Obruchev. Bond will have to go down a dark and uncertain road if he wants answers. 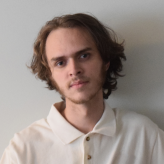 Caillou Pettis is a professional film critic and has been writing about film for several years across various different publications. Ever since the age of nine, film and the art of filmmaking has been his number one passion. When he's not at the movies, he's talking about movies.