It’s a well-regarded fact in cinema that video game adaptations tend to be awful. You only need to say Mortal Kombat: The Movie to have both gaming and film aficionados covering their eyes and horror and begging you to stop talking. Any game company that takes the bold step into the film industry is either a) desperate, b) cocky or c) any combination of the former. Of course, Pokémon is perhaps an anomaly here; they churn out a yearly animated feature length flick that inevitably does well in Japan and then slinks straight to television, or streaming services outside of the Land of the Rising Sun. So when Nintendo announced they were adapting 2016’s Detective Pikachu into a film, I was naturally sceptical. I played Detective Pikachu and it is the video game equivalent of plain breadsticks. Nice enough, but no flavour or real substance. So how on earth did Detective Pikachu end up the eleventh highest grossing film of 2019, become the second highest grossing live action video game adaption, beating juggernauts like Lara Croft: Tomb Raider, Prince of Persia: The Sands of Time and every Resident Evil film?!

Unsurprisingly, it isn’t a rich plot. Tim Goodman (Justice Smith) traverses Ryme City to try and find out the truth behind his father Harry’s disappearance, encountering various ‘Mons, companions and enemies along the way, aided by his deerstalker-wearing wisecrack detective friend Pikachu. There is no substance to this whatsoever, it isn’t difficult to work out what has happened, and you probably know after 20 minutes where it is going. Justice Smith is okay in his role, but never really gets to grip with the emotional gravitas of some moments, which make it difficult to really connect to the anguish he is meant to feel having no parental figure.

The real star, as usual is Ryan Reynolds, voicing the eponymous Pikachu. Rob Letterman has created a good script for Reynolds and in return, he delivers the role with verve and vigour in every single line and often he’s left to drive the film – although there are moments when you can tell he is enjoying deliberate double entendre and although it’s nowhere near as risqué as something like Deadpool. After all, Detective Pikachu is aimed at a PG audience, but you can certainly imagine Reynolds casually disrupting filming by dropping f-bombs just in the middle of tense moments.

Praise must also be given to the special effects work in trying to blend urban metropolis with the Pokémon world. It’s surprisingly effective and at times is almost unnerving. Classics like Mr Mime in particular are frighteningly bizarre when transacted into this real-life environment and the production team deserve all the credit for this. Letterman’s impressive direction does manage to keep things together even though the original plot offers very little in the way of expansive material and there is just enough action and set pieces to help move things along. It might not be everyone’s cup of tea, certainly resonating more with younger audiences, but there are enough game series references, slick jokes and entertaining moments to make this enjoyable romp for all. It cracks the secret for video game films – being enjoyable to watch first and a shameless brand plug second. No wonder they’ve already commissioned an unnamed sequel before Detective Pikachu even hit the big screen – here’s hoping Danny DeVito makes it into this one.

POKÉMON Detective Pikachu is available now on DVD and Blu-ray. 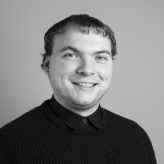 These are Seth Rogen's best roles